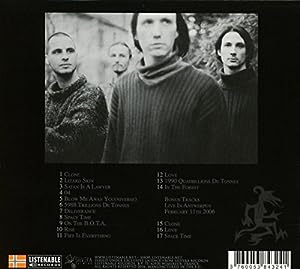 $21.37
As of 2020-09-29 07:50:15 UTC (more info)
Not Available - stock arriving soon
Buy Now from Amazon
Product prices and availability are accurate as of 2020-09-29 07:50:15 UTC and are subject to change. Any price and availability information displayed on http://www.amazon.com/ at the time of purchase will apply to the purchase of this product.
See All Product Reviews

Originally dubbed Godzilla, after the scaly, green film star with an equally huge reputation as the newfound band's sound, the brothers Duplantier - guitars/vocalist Joe and Drummer Mario - and fellow Frenchman Michel Labadie on bass and Christian Andreu on guitar, quickly released several demos, ultimately changing the band's name and independently releasing the first Gojira album, "Terra Incognita" in 2001, offering up a brief glimpse into the giant Gojira would eventually become through persistent hard work and years of toiling in the metal underground.

Now remastered and for the very first time avialable in Lp version with 3 exclusive live bonuses, Gojira's "Terra Incognita" album, seen by their fans as the band's ultimate classic, will undoubtly draw major interest worldwide as the band is destroying festivals across Europe!

Let Me Feel Your Power