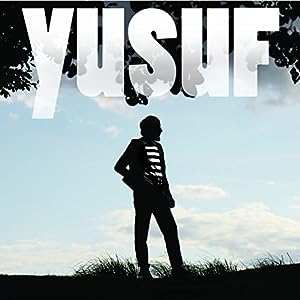 Each track on Tell ’Em I’m Gone revives the age-old themes of freedom and peace that have prevailed through more than four decades of Yusuf’s musical career. On this album, Yusuf returns to the roots of his teenage musical inspiration: American blues and R&B, using these genres to explore humanity’s climb to freedom with songs that recall the spirit of his earliest days as a nascent singer-songwriter in London.

Stunning originals like “I Was Raised In Babylon” and “Cat And The Dog Trap” plus covers of American standards (“Big Boss Man,” “You Are My Sunshine”) and a moving version of Edgar Winter’s “Dying To Live” find Yusuf as strong of voice and as engaging a performer as ever before.

Weapons of Self Destruction