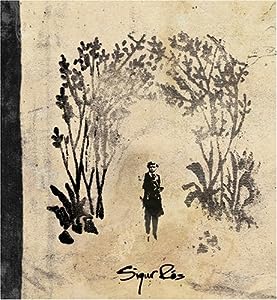 $16.28
As of 2022-08-02 16:13:41 UTC (more info)
Not Available - stock arriving soon
Buy Now from Amazon
Product prices and availability are accurate as of 2022-08-02 16:13:41 UTC and are subject to change. Any price and availability information displayed on http://www.amazon.com/ at the time of purchase will apply to the purchase of this product.
See All Product Reviews

Takk is the fourth album from Sigur R¢s. Written, performed and produced by the band (along with co-producer Ken Thomas) at their studio in Alafoss, Iceland, Takk is the record to justify every amazing claim ever laid at this exceptional band's door. Huge and intimate, orchestral and gossamer-light, rich layered and essentially simple, Takk is a work of a band operating at the very top of their game. It accomplishes what maybe they haven't done since they first appeared, which is to make the avant-garde appear to be straight ahead pop music, or, perhaps more accurately, invest pop music with a sense of magic long since lost in the mists of time and imagination. MCA. 2005.

Just when this Icelandic crew seemed stuck in loud/soft/loud/ soft rut a la Mogwai or Godspeed You Black Emperor, they release their most beguiling, subtle and beautiful album yet. This album, allegedly the group's first sung in Icelandic rather than their own made-up "Hopelandic" (not that this listener could tell the difference) is relentlessly joyous, unaffectedly rad and inventive but never just for its own sake. Strings hold an ever more prominent place in the music, and this is a good thing. Songs unfold slowly as usual, but they take unexpected turns as often as not. The brilliant "Glósóli" burbles with as much melodic invention and anything by their fellow Icelanders Mum. Takk is a delight from start to finish, managing to be both their most accessible and experimental album yet. --Mike McGonigal

Philadelphia - Music from The Motion Pic...