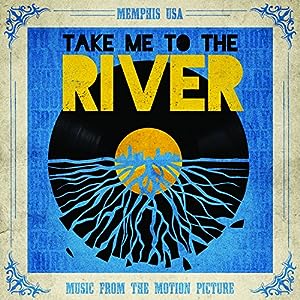 $11.93
As of 2022-09-28 21:16:54 UTC (more info)
Not Available - stock arriving soon
Buy Now from Amazon
Product prices and availability are accurate as of 2022-09-28 21:16:54 UTC and are subject to change. Any price and availability information displayed on http://www.amazon.com/ at the time of purchase will apply to the purchase of this product.
See All Product Reviews

Take Me to the River: Music From the Motion Picture is the musical companion to Take Me to the River a feature film celebrating the inter-generational and inter-racial musical
influence of Memphis in the face of pervasive discrimination and segregation. The film brings multiple generations of award-winning Memphis and Mississippi Delta musicians together, following them through the creative process of recording a historic new album, to re-imagine the utopia of racial, gender and generational collaboration of Memphis in its heyday. Featuring Terrence Howard, William Bell, Snoop Dog, Mavis Staples, Otis Clay, Lil P-Nut, Charlie Musselwhite, Bobby "Blue" Bland, Yo Gotti, Bobby Rush, Frayser Boy, The North Mississippi All-Stars, the Stax Music Academy and many more.

First You Gotta Shake the Gate