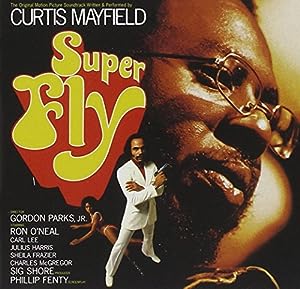 $4.57
As of 2022-12-05 21:39:54 UTC (more info)
Not Available - stock arriving soon
Buy Now from Amazon
Product prices and availability are accurate as of 2022-12-05 21:39:54 UTC and are subject to change. Any price and availability information displayed on http://www.amazon.com/ at the time of purchase will apply to the purchase of this product.
See All Product Reviews

The term "classic" is tossed about a lot these days, and when it's being used to describe everything from Coke to a Janet Jackson CD, the term is shady. But take my word that the 1972 soundtrack to the blaxploitation film Superfly is a true classic. Why? Because 25 years after its release, the songs still ring true and sound fresh. A morality tale set to funky grooves and plaintive vocals, Superfly is the zenith of Mayfield's socially aware songwriting, recounting the highs and lows of the thug life and the no-win ghetto game of hustling. It's hard to believe, but a doom-filled ode to screwing up ("Freddie's Dead") was actually a big hit during the Nixon years. Truth be told, the record sounds as good, if not better, today and should be in everyone's collection. --Amy Linden