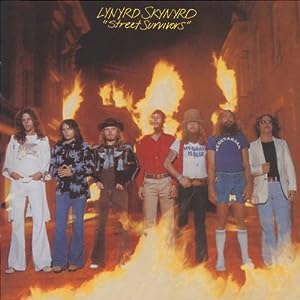 $7.64
As of 2021-07-25 07:19:21 UTC (more info)
Not Available - stock arriving soon
Buy Now from Amazon
Product prices and availability are accurate as of 2021-07-25 07:19:21 UTC and are subject to change. Any price and availability information displayed on http://www.amazon.com/ at the time of purchase will apply to the purchase of this product.
See All Product Reviews

The recording of the original Skynyrd's last LP was quite a saga, with sessions in Miami and Doraville and several songs re-recorded or dropped. This reissue finally unites these tracks with the album they were meant for: the Miami versions of I Never Dreamed and You Got That Right ; the scrapped songs Sweet Little Missy and Georgia Peaches ; the autobiographical Jacksonville Kid , plus the hit What's Your Name and the rest of the original LP!

Lynyrd Skynyrd had already fulfilled a good deal of its promise on definitive Southern-rock albums such as Pronounced Leh-nerd Skin-nerd and the live One More From the Road when they stepped up their ambition a few more notches for this October 1977 release. Fueled by new member Steve Gaines, the Florida band produced its best album. Gaines, Gary Rossington, and Allen Collins interlocked on guitars as if they'd learned it all in the womb together, while singer Ronnie Van Zant came up with his most evocative lyrics yet. The shadow of death he detected on "That Smell" was closer than perhaps even he thought, however: three days after the record's appearance in stores, he was killed along with five others in a Mississippi crash of the group's tour plane. Street Survivors remains as a classic of American guitar rock. --Rickey Wright

only $7.10
Not Available
View Add to Cart