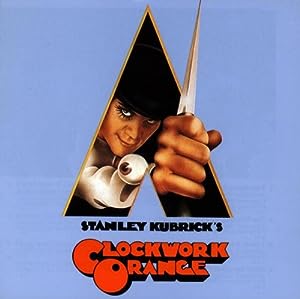 A Clockwork Orange - Music From The Soundtrack - Cd

Stanley Kubrick's demanding perfectionism in all aspects of the filmmaking process has led to some of the most memorable soundtracks of the modern era. Kubrick's taste for the classics led to his scrapping Alex North's original score for 2001: A Space Odyssey in lieu of the "temporary" tracks he had used for editing, turning Richard Strauss' Also Sprach Zarathustra into an unlikely 20th-century pop icon. For his 1971 adaptation of Anthony Burgess's cautionary future-shocker, Kubrick once again turned to the classics. Malcolm McDowell's protagonist Droog Alex's taste for Beethoven is given a nice tweaking by Moog pioneer Walter (now Wendy) Carlos's synthesized take on the glorious Ninth Symphony. Some have complained that the now-primitive electronics involved give it a dated feel. Disturbingly--and effectively--other-worldly is more like it. Kubrick also imbues repertory standards by Rossini and Elgar with dark, frequently hilarious irony, and makes Gene Kelly's sunny reading of "Singin' In The Rain" the underscore to an all-too-accurate prediction of societal nightmares to come. --Jerry McCulley