Songs From a Secret Garden 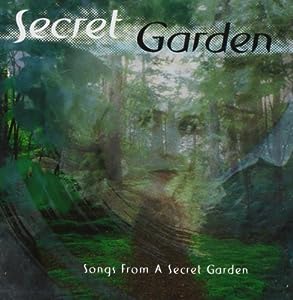 Songs From a Secret Garden

$8.59
As of 2021-12-04 09:15:33 UTC (more info)
Not Available - stock arriving soon
Buy Now from Amazon
Product prices and availability are accurate as of 2021-12-04 09:15:33 UTC and are subject to change. Any price and availability information displayed on http://www.amazon.com/ at the time of purchase will apply to the purchase of this product.
See All Product Reviews

Picture a square with Clannad, pianist David Lanz, Mannheim Steamroller, and the musicians of Riverdance at its corners. Somewhere within those stylistic borders you will encounter the European duo Secret Garden. The popular twosome--Irish violinist Fionnuala (fi-NOO-la) Sherry and Norwegian pianist/keyboardist Rolf Lovland--have attracted a sizable following with their heart-touching specialty: a wistful, violin-rooted, pop-folk-classical melange that often strikes the ear as a film score in search of some delicate romantic tale. Songs from a Secret Garden is the duo's debut recording from 1995, and it principally offers a series of pensive dialogues between Sherry's stately violin and Lovland's subdued piano, yielding equal measures of sweetness and melancholy. Whistles, pipes, percussion, strings, and ethereal voices serve as embellishments. At times you may sense you're being serenaded by strolling musicians with a heavy sentimental streak; at other times you may feel genuinely moved--perhaps by something as lovely as the reverential "Sigma" and its sublime, Gregorian-like choral passages. Only one uptempo tune, "The Rap," surfaces here; a few others would have been welcomed. And yes, this is the disc where you will find "Heartstrings," the composition that once smote Barbra Streisand's heart. She eventually acquired the rights to the piece, inserted lyrics, renamed it "I've Dreamed of You" (found on A Love Like Ours), and sang it to James Brolin during the couple's 1998 wedding. --Terry Wood

Song of the Irish Whistle 1