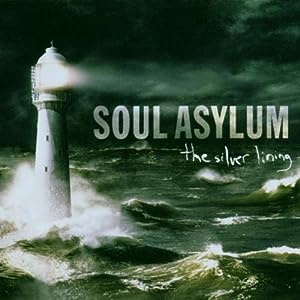 $12.00
As of 2023-01-25 03:32:49 UTC (more info)
Not Available - stock arriving soon
Buy Now from Amazon
Product prices and availability are accurate as of 2023-01-25 03:32:49 UTC and are subject to change. Any price and availability information displayed on http://www.amazon.com/ at the time of purchase will apply to the purchase of this product.
See All Product Reviews

Description of Silver Lining from Sony

With so many available recently, it is great to have a make you can trust. The Silver Lining is certainly that and will be a great purchase.

For this price, the Silver Lining comes highly respected and is a popular choice for most people. Sony have added some nice touches and this means good value.

Soul Asylum's ninth full-length album, is every bit as quirky and off-centered cut-to-the-bone rock as their hardcore fans have come to expect, an indication that the Minneapolis-bred band has lost none of its edge. And why should they? The new Soul Asylum songs--"Crazy Mixed Up World," "Standing Water," "Success Is Not So Sweet," "All Is Well," "Good For You," "Lately," "Oxygen," and the lead single "Stand Up And Be Strong"--capture the band at its best: swinging, soothing, and rocking.

"It's funny," Dave Pirner ponders in "Success Is Not So Sweet," one of a dozen songs on Soul Asylum's first album since 1998, "how the players can't survive the game." Pirner has obviously come to realize that with accomplishment comes consequence, but with Soul Asylum, it also has brought resilience. After rising from barstool misfits to international pop stars in the early '90s, the band was ostensibly shot out of the sky. Two subsequent records failed to live up to the million-seller Grave Dancer's Union. Pirner's New Orleans home got caught in the middle of Hurricane Katrina. And founding member Karl Mueller lost his battle with cancer. Yet here they are with album number nine, sporting a trace more big league sparkle, but with the frayed cleverness and rock-solid musicianship that their fans know best. Pirner's melody-rich musings "Stand Up and Be Strong," "Lately," and "Bus Named Desire" allow ample elbow room for guitarist Dan Murphy, and his bittersweet ballads hearken back to gold records and runaway trains. Sure, success may come with a price. But it can also have a silver lining. --Scott Holter

only $1.00
Not Available
View Add to Cart