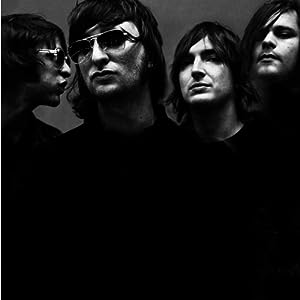 $3.00
As of 2023-01-19 04:47:43 UTC (more info)
Not Available - stock arriving soon
Buy Now from Amazon
Product prices and availability are accurate as of 2023-01-19 04:47:43 UTC and are subject to change. Any price and availability information displayed on http://www.amazon.com/ at the time of purchase will apply to the purchase of this product.
See All Product Reviews

Description of Shine on by Atlantic

Top40 Music Store are delighted to present the famous Shine on.

With so many available today, it is wise to have a brand you can trust. The Shine on is certainly that and will be a excellent purchase.

For this reduced price, the Shine on is widely respected and is always a regular choice for most people. Atlantic have included some nice touches and this means great value for money.

Following up a debut album that has sold over 3.5 million copies worldwide (2003's 'Get Born') is no easy task. 'Get Born' produced three huge hits in 'Are You Gonna Be My Girl', 'Cold Hard Bitch' and 'Look What You've Done', and earned the band an MTV VMA for Best Rock Video. 'Shine On', Jet's long-anticipated second release not only fills a void for hungry rock fans but sets the bar for what today's rock bands can aspire to be. Already one of the most recognized and respected names in rock today, Jet flawlessly brings together classic rock influences with a modern rock edge. The band already has a reputation for being media favorites as well as luminaries at both radio and video. Produced by Dave Sardy (Oasis, Wolfmother), 'Shine On' is a stand out record, breathing new life into a genre that needs some shaking up.

On their second full-length recording, Australian retro-rockers Jet show they've got more tricks up their sleeve (they can, like, write songs and stuff!)--not to mention a bigger and better record collection--than most of their garage rock peers. Shine On displays swaggering but intelligent boogie rock à la Humble Pie, an ability to tear the roof off like their countrymen AC/DC, and Americana-thieving swagger rock that brings to mind the Rolling Stones. They do this rather unpretentiously; they are not pretending that anything they're doing is revolutionary or "new" in the slightest. The song titles themselves all have a ring of deja vu to them: "Bring It on Back," "Shine On, "Rip It Up," "Stand Up." Heard it all before? You bet. The thing is, every once in a while a rock band plugs into the Platonic ideal of rock & roll and actually gets it all totally right. Jet does this, and it makes them sound almost as original and exciting as the people they're stealing from. --Mike McGonigal

A Crow Left of the Murder from Sony

only $1.66
Not Available
View Add to Cart

We Don't Need to Whisper by Geffen Recor...