See You on the Other Side from Virgin Records Us 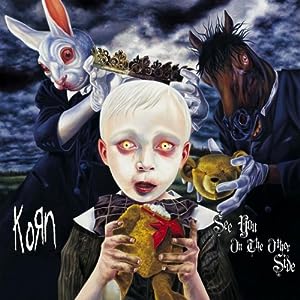 See You on the Other Side from Virgin Records Us

$25.20
As of 2023-01-29 03:05:36 UTC (more info)
Not Available - stock arriving soon
Buy Now from Amazon
Product prices and availability are accurate as of 2023-01-29 03:05:36 UTC and are subject to change. Any price and availability information displayed on http://www.amazon.com/ at the time of purchase will apply to the purchase of this product.
See All Product Reviews

We are proud to present the famous See You on the Other Side.

With so many on offer today, it is good to have a brand you can recognise. The See You on the Other Side is certainly that and will be a excellent purchase.

For this great price, the See You on the Other Side is widely recommended and is a popular choice for many people. Virgin Records Us have provided some nice touches and this equals good value for money.

See You on the Other Side is led by the single 'Twisted Transistor,' which is quickly making substantial noise on U.S. rock radio outlets. See You on the Other Side was produced by Korn frontman Jonathan Davis in tandem with Atticus Ross and, more surprisingly, the pop hitmaking team the Matrix (Liz Phair, Hilary Duff). This is Korn's debut album via a partnership with EMI/Virgin Records. 2005.

On its seventh album--and first without founding member Brian "Head" Welch--Korn makes a few changes and gets on with proving that it's still a viable force within the world of heavy rock. The venerable veterans lean on outside help from the songwriting team of the Matrix and producer Atticus Ross (Nine Inch Nails). The end result is that this is a big change for Korn and one that will garner large shares of message board controversy on wether this album is more industrial than nü. The band is at its deftest on "Getting Off," "Politics" and "Coming Undone," which highlight the industrial bend. Stalwart fans need not worry for "Liar" and "For No One" remain in lock-step with classic Korn. One need not listen to the full hour-plus to discover flaws. Its center becomes weighed down with bland mid-tempo numbers and the final song detracts from the powerhouse close the record might have had they ended with "Interlude #3/I've Seen It All." Still, Korn has demonstrated that it's capable of weathering the storm and emerging with an album that will carry them onward. -- Jedd Beaudoin