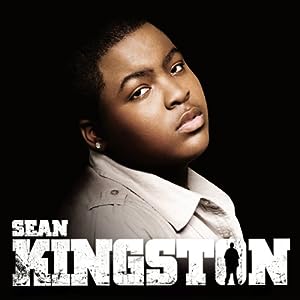 $6.77
As of 2022-11-25 03:34:06 UTC (more info)
Not Available - stock arriving soon
Buy Now from Amazon
Product prices and availability are accurate as of 2022-11-25 03:34:06 UTC and are subject to change. Any price and availability information displayed on http://www.amazon.com/ at the time of purchase will apply to the purchase of this product.
See All Product Reviews

Sean Kingston, the17 year-old Miami born, Jamaica bred artist, is not just a new face in popular music; he s accomplished the rare task of creating a new genre where rap, reggae, pop, doo-wop and remarkable songwriting all combine into something totally refreshing. Add in Sean s family roots, which cite Jamaican legendary producer Jack Ruby as his grandfather, and you have one of the most exciting debuts this year. And while hip-hop lyrics have sparked the biggest debate in years, Sean finds himself in the center of the controversy - but not where you might think. The teen prefers to show his creativity without using profanity.

If Sean Kingston weren't 17, baby-faced, and blessed with a voice like Akon's but sweeter, "Beautiful Girls"--the airwave-dominating, maniacally catchy ditty off his debut album that finds him wallowing over a long line of babes bent on dumping him--might have bombed. It's the package that makes the song, and the many others like it on this destined-for-hugeness disc, work: Take away the youthful pout and the song's innocence dissolves. Take away the lively straight-outta-Jamaica lilt and its summery vibe suffers mightily. Thrown back in, though, these elements bond like KrazyGlue; tracks like "Me Love," which fiddles with Led Zeppelin's "D'yer Mak'er" in a looser way than "Beautiful Girls" fiddles with Ben E. King's "Stand By Me," adhere forcefully but playfully to the same part of the brain that Rihanna had been reigning over till now. Still, Sean Kingston's strongest track may be its standout duet--"There's Nothin'," with Paula DeAnda doing her best junior Mariah impression, chugs along as though it's been doused in August sunshine. It'll make a fan out of anybody. --Tammy La Gorce

Born To Dub You [LP]

Who Say Jah No Dread