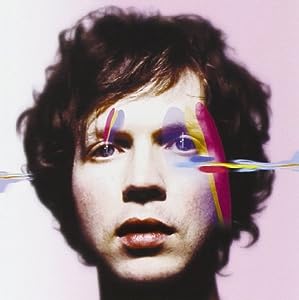 $6.02
As of 2022-09-19 06:10:49 UTC (more info)
Not Available - stock arriving soon
Buy Now from Amazon
Product prices and availability are accurate as of 2022-09-19 06:10:49 UTC and are subject to change. Any price and availability information displayed on http://www.amazon.com/ at the time of purchase will apply to the purchase of this product.
See All Product Reviews

Mournful 2002 LP of beautiful sadness ... this AIN'T no disco! Includes "Lost Cause"

Beck is bummed. Really bummed. And if song titles such as "Lost Cause," "Lonesome Tears," "Already Dead," and "Nothing I Haven't Seen" don't make the point, his achingly sad lyrics and Sea Change's unerringly downcast sound do. While 1998's Mutations--arguably the singer-songwriter's masterwork and Sea Change's spiritual cousin--was filled with unflinching self-examination, moments of levity were found in songs like "Tropicalia." Not so on Sea Change. Beck's woozy, almost narcoleptic delivery seems to amplify the set's sense of ennui. But sad isn't necessarily bad, and despite the somber tone, there's much to praise, not the least of which is the return of producer Nigel Goderich (Mutations, Radiohead), who wraps Beck's gloom in a dreamy, warm blanket of soft strings and floating bleeps and gurgles. Like Daniel Lanois, Goderich is all about vibe, and even Beck's most bare-bones songs benefit from billowy atmospherics. That's especially true of "Paper Tiger," a restless, slowly building epic improbably propelled by a languid orchestra and Beck's expressionless drone. The inky black feel of "Round the Bend"--a glacially slow dirge with muffled vocals--may be the darkest thing Beck's ever written, not counting the very grim "Already Dead." Whatever's going on in Beck's world, at least we know he's purging, which, all things considered, may be better for his soul than ours. --Kim Hughes

only $6.27
Not Available
View Add to Cart

By the Way from Warner Bros.

only $4.86
Not Available
View Add to Cart

Tell Me How You Really Feel

There's A Riot Going On