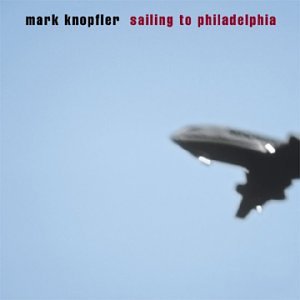 $15.96
As of 2022-11-25 05:38:16 UTC (more info)
Not Available - stock arriving soon
Buy Now from Amazon
Product prices and availability are accurate as of 2022-11-25 05:38:16 UTC and are subject to change. Any price and availability information displayed on http://www.amazon.com/ at the time of purchase will apply to the purchase of this product.
See All Product Reviews

The first pop song album from Dire Straits leader Mark Knopfler in four years, and just the second solo album in his illustrious career, Sailing To Philadelphia marks the singer-songwriter-guitarist's long-awaited return to the signature sound that made Dire Straits one of rock's most acclaimed and popular groups

Former Dire Straits leader Mark Knopfler's second proper solo album (he's remained preoccupied with soundtrack work through the years) is a stirring and considered set of transatlantic blues. The collection is bolstered by contributions from Van Morrison ("The Last Laugh") and James Taylor (the title track), while Knopfler's guitar playing remains fresh and alive as he merges country and folk picking with electric blues. But it's as a writer that he really impresses: "Baloney Again" is a sensitive portrayal of a black gospel outfit in Jim Crow America; the title track is an intriguing distillation of Thomas Pynchon's doorstopper novel, Mason & Dixon; and "Silvertown Blues" is a stirring appreciation of blue-collar endeavor. A lovingly and honestly crafted collection, Sailing to Philadelphia shows Knopfler's talent and commitment remain as strong as ever. --Gavin Martin

only $5.24
Not Available
View Add to Cart