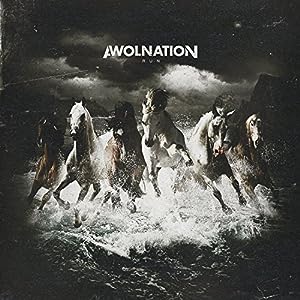 $3.88
As of 2022-11-30 05:02:33 UTC (more info)
Not Available - stock arriving soon
Buy Now from Amazon
Product prices and availability are accurate as of 2022-11-30 05:02:33 UTC and are subject to change. Any price and availability information displayed on http://www.amazon.com/ at the time of purchase will apply to the purchase of this product.
See All Product Reviews

Following a whirlwind two-year world tour in support of Megalithic Symphony, 2014 saw AWOLNATION withdraw into the depths of the California coastline to construct the sophomore effort. A culmination of the years following the release of the debut album, the 14-track Run was written, performed and produced entirely by musical architect Aaron Bruno. The end result is a finely tuned musical masterwork that is at times, and all at once, sprawling, atmospheric, exuberant, earnest and refined with moments of a signature aggressive unease. 'There is not one second on the record that hasn't been thoughtfully placed,' said Bruno. 'Every single element serves a purpose.'

Standout songs alongside the first single Hollow Moon (Bad Wolf) include the cinematic Jailbreak, the soaring anthem I Am, the title track Run, the euphoric Windows, the painfully vulnerable Headrest for My Soul, and the atomic rebellion of 'KOOKSEVERYWHERE!!!!'