Rivers In The Wasteland from Atlantic 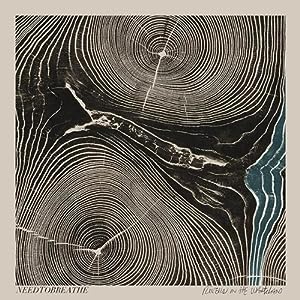 Rivers In The Wasteland from Atlantic

$13.97
As of 2023-01-25 14:21:58 UTC (more info)
Not Available - stock arriving soon
Buy Now from Amazon
Product prices and availability are accurate as of 2023-01-25 14:21:58 UTC and are subject to change. Any price and availability information displayed on http://www.amazon.com/ at the time of purchase will apply to the purchase of this product.
See All Product Reviews

Description of Rivers In The Wasteland by Atlantic

We are delighted to stock the brilliant Rivers In The Wasteland.

With so many on offer recently, it is great to have a brand you can recognise. The Rivers In The Wasteland is certainly that and will be a perfect acquisition.

For this great price, the Rivers In The Wasteland is highly recommended and is always a regular choice with many people. Atlantic have added some great touches and this results in good value for money.

Set for an April 15 release on Atlantic Records/Word, Rivers In The Wasteland is the follow up to their acclaimed album The Reckoning, which saw the band spend over two years on the road in support of a collection of anthemic rock that caught the attention of The New York Times, NPR, Entertainment Weekly and USA Today.

"We've come through some rough moments and some amazing moments," says guitarist & vocalist Bo Rinehart. "We're the most energized we've ever been. The band is young again. We've got a new sense of purpose and we believe in what we're doing. We just fell back in love with the idea of what we get to do."

Rivers In The Wasteland - the sound of a band excited to reconnect with the idea of a fresh start, and featuring "Difference Maker," "Multiplied," "The Heart," and "Brother" - was co-produced by the band with the help of various producers including Joe Chiccarelli, Kevin Augunas, Ed Cash and Jerrod Bettis, and was recorded at the band's own Plantation Studios in Charleston, Fairfax Recordings (formally Sound City Studios) in Los Angeles and Blackbird Studios in Nashville.