Riverdance: Music From The Show from Anuna Bill Whelan 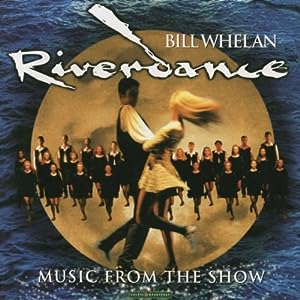 Riverdance: Music From The Show from Anuna Bill Whelan

$6.00
As of 2023-01-21 17:04:18 UTC (more info)
Not Available - stock arriving soon
Buy Now from Amazon
Product prices and availability are accurate as of 2023-01-21 17:04:18 UTC and are subject to change. Any price and availability information displayed on http://www.amazon.com/ at the time of purchase will apply to the purchase of this product.
See All Product Reviews

Description of Riverdance: Music From The Show from Anuna Bill Whelan

We are happy to present the famous Riverdance: Music From The Show.

With so many on offer these days, it is good to have a brand you can recognise. The Riverdance: Music From The Show is certainly that and will be a perfect buy.

For this great price, the Riverdance: Music From The Show is widely respected and is a popular choice amongst most people. Decca U.S. have added some great touches and this results in good value.

Based on Irish folk dancing styles, Riverdance was originally devised as a 20-minute intermission entertainment for the Eurovision Song Contest. There, its phenomenal reception inspired composer Bill Whelan to expand the piece into a full-length stage show, still centered around Irish music, but now telling a loose story of many different peoples who in the 20th century have found themselves émigrés. The paradoxically formal yet expressive, sensual, and exhilarating energy of traditional Irish dance and Irish folk music is only the beginning. A work full of strong melodies, excitement, romantic dreams, and nostalgic longing, the full Riverdance show is a spellbinding spectacle. Complete with orchestra, Whelan brings influences from Irish classical music, incorporates the haunting sound of vocal group Anuna, and adds the diverse folk sounds of Nova Scotia, Macedonia, Russia, and Andalucia to his rich cultural melting pot. Playing on the album are some of the finest folk musicians around, including piper Davy Spillane and Eileen Ivers on fiddle. The result is not just a tuneful souvenir of a great stage show, but a most enjoyable release in its own right. Whelan also has worked on the Rob Roy soundtrack and composed The Seville Suite and The Spirit of Mayo. --Gary S. Dalkin