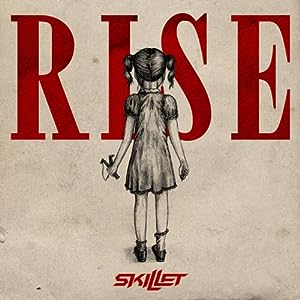 $10.03
As of 2022-09-24 20:14:08 UTC (more info)
Not Available - stock arriving soon
Buy Now from Amazon
Product prices and availability are accurate as of 2022-09-24 20:14:08 UTC and are subject to change. Any price and availability information displayed on http://www.amazon.com/ at the time of purchase will apply to the purchase of this product.
See All Product Reviews

Two-time Grammy®-nominated rock band SKILLET have announced a June 25th release for their highly anticipated new album Rise (Atlantic/Word). Rise follows the band's 2009 blockbuster, Awake, which was recently certified platinum for sales in excess of one million copies in the U.S. It's worth noting that Skillet was the only active rock band to achieve platinum certification in 2012, and were one of only three rock bands (the other two being Mumford & Sons and the Black Keys) to strike platinum in 2012.

The band maintains momentum with Rise, a gripping coming-of-age narrative that stands as their first concept album-though lead singer/bassist John Cooper says it wasn't premeditated. The album tells the story of a typical American teen coming into adulthood and trying to figure out who he is in a world riddled with problems both within and outside his control.

The Canadian Tenors by Verve

Christmas: God with Us