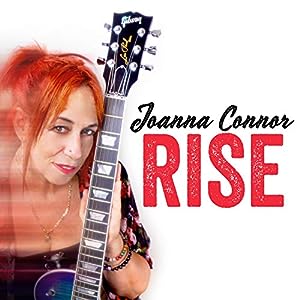 $10.35
As of 2022-08-02 07:31:05 UTC (more info)
Not Available - stock arriving soon
Buy Now from Amazon
Product prices and availability are accurate as of 2022-08-02 07:31:05 UTC and are subject to change. Any price and availability information displayed on http://www.amazon.com/ at the time of purchase will apply to the purchase of this product.
See All Product Reviews

''The Queen of Blues/Rock Guitar's'' first release in three years.

It's been 3 years since the Queen of Blues/Rock Guitar, Joanna Connor released her comeback, record. Her new release ''Rise'' is an all original affair with 11 tracks and features a duet with Mike Zito. Joanna goes deep on this recording adding keyboard and horns to underscore her dynamic musical evolution.

This is modern blues from one of the finest musicians on the Chicago Blues scene.