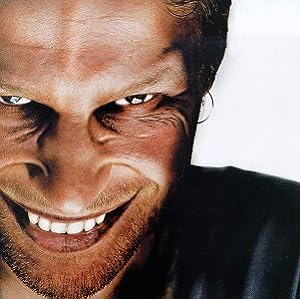 $39.99
As of 2021-04-15 19:33:58 UTC (more info)
Not Available - stock arriving soon
Buy Now from Amazon
Product prices and availability are accurate as of 2021-04-15 19:33:58 UTC and are subject to change. Any price and availability information displayed on http://www.amazon.com/ at the time of purchase will apply to the purchase of this product.
See All Product Reviews

An album that may not quite be about himself, but takes careful note of who he just might be. There is childhood and memory and personal geography simmering under the beats and bleats of this LP. The fact that James used more discretion than ever in assembling the tracks might confirm there is indeed a method to his madness on this one. Some hidden revelations, perhaps, hidden in those grooves? Surf on the serene summery toy train ride of "Fore Street," or search the paedo n' bass recorder group sounds of the mesmerizing "To Cure A Weakling Child." The shining moment, though, just may lie in the chamber orchestra n' bass extravaganza "Girl/Boy Son." Could this album be the autobiographical Portrait Of The Artist As A Young Insect /Citizen James we've all been waiting for? "It's more of a progression," is what he says about the album. "I'm getting more skillful with the machines."

If techno ever does become the sound of young America, don't expect Richard James to be its poster boy, deserving though he may be. A native of Cornwall, England, James is obsessed with the mechanics of music making: As a kid, he took apart and reassembled the living room piano. Under the names Aphex Twin, Polygon Window, AFX, and other aliases too numerous to mention, he showed that he could make entire tracks with the sounds produced by tapping on a Coke can. Like the indie rockers of yore, he revels in his marginality because of the creative freedom it gives him. His full-length U.S. debut, Selected Ambient Works Volume II (1994), includes some of the most serene sounds this side of the Orb, but his favorite hobby is the not-at-all-blissful pastime of driving a Daimler Ferret Mark 3 tank through his parents' backyard.

None of his recordings have captured the competing impulses to lull you to sleep and blast out your eardrums as well as Richard D. James, his third and best album. As the title indicates, James has turned inward for inspiration, painting aural pictures of real and imagined scenes from his west country childhood. "Goongumpas" is a fanciful, playful tune that wouldn't sound out of place on the soundtrack to Willy Wonka and the Chocolate Factory. As his adventures with the family upright indicate, James was a bit of a devil even as a child. "Beetles" is the sound of a boy frying bugs on the sidewalk with a magnifying glass, and "To Cure a Weakling Child" shows flashes of the sort of sadism found only on preschool playgrounds. If you still doubt that young Richard developed early on, the romantic Nino Rota-style strings on "Girl/Boy Song" are just made for passionate seductions, and the tune appears in three mixes, each one hot and hornier than the one before.

The raucous undercurrents of even his calmest tunes and the sources of many of his most common sounds are what link James to the rock tradition. With Richard D. James, the artist solidifies his position as an electronic music mastermind who has earned a spot beside such well-respected innovators--whether or not he's destined for stardom. --Jim Derogatis

only $8.64
Not Available
View Add to Cart