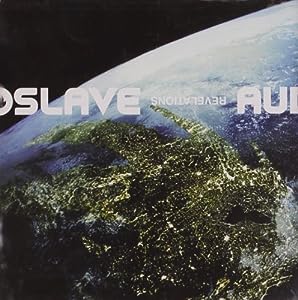 $4.34
As of 2023-01-27 21:28:58 UTC (more info)
Not Available - stock arriving soon
Buy Now from Amazon
Product prices and availability are accurate as of 2023-01-27 21:28:58 UTC and are subject to change. Any price and availability information displayed on http://www.amazon.com/ at the time of purchase will apply to the purchase of this product.
See All Product Reviews

Description of Revelations from Sony

Top40 Music Store are proud to offer the brilliant Revelations.

With so many on offer today, it is great to have a name you can recognise. The Revelations is certainly that and will be a superb acquisition.

For this reduced price, the Revelations is widely respected and is a popular choice for lots of people. Sony have added some nice touches and this means great value.

Audioslave's worldwide sales total 7 million albums. Revelations, the band's third album, produced by Brendan O'Brien, represents their strongest effort to date. The first single 'Original Fire' is making a sonic statement at radio and marks a new, more soulful direction for the band. Having toured over the past 18 months, the band very quickly worked up 20 songs on the road and was very eager to capture that live sound. Then enlisted Brendan O'Brien, who helped deliver the most potent effort and some of the best vocals from Chris Cornell ever.

The novelty of Audioslave has had time to wear off. The grouping of ex-Rage Against the Machine members and ex-Soundgarden vocalist Chris Cornell is no longer new; and time has long since come for the band to live or die based solely on the merits of its music, not on the reputation of its members. The good news is that, at least for now, the group is in a position to do exactly that. On Revelations, the band channels and updates the unapologetic boogie of Ian Gillan-era Deep Purple on tunes such as "One and the Same," "Shape of Things to Come," and "Wide Awake" with ease, inspiring awe and genuine surprise. Guitarist Tom Morello has rarely sounded as fresh as he does on the stomp-and-stammer "Original Fire" and the otherwise disposable grunge retread "Somedays." Not every track here can be as good as the opening title cut and a few--the should-be moving ballad "Until We Fall," the closing "Moth"--fall painfully short. But there is enough strength here to suggest that Audioslave's ability to deliver jaw-dropping albums remains intact and its ability to live up to the hype is lagging just a step or two behind. --Jedd Beaudoin

only $1.87
Not Available
View Add to Cart

only $5.94
Not Available
View Add to Cart