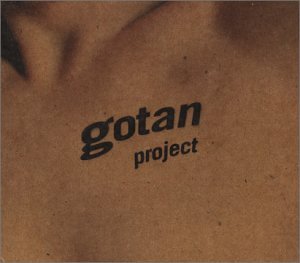 $35.08
As of 2022-11-18 15:03:18 UTC (more info)
Not Available - stock arriving soon
Buy Now from Amazon
Product prices and availability are accurate as of 2022-11-18 15:03:18 UTC and are subject to change. Any price and availability information displayed on http://www.amazon.com/ at the time of purchase will apply to the purchase of this product.
See All Product Reviews

The debut by this Paris based trio is a relaxed blend of tango dance rhythms and Argentinean instrumentation. The group was brought together by their passion to combine sound with image and to marry electronic and acoustic music. They built on their house, dub, and hip-hop influenced productions by adding two of Argentina's finest tango musicians, the musical result being supremely distinctive, incorporating bandonion (a form of accordion), violin, and vocals. This release includes 2000's most memorable jazz-house hit, "Triptico", which has already sold over 400,000 copies worldwide. The US version features the original ten tracks from the European release, along with a special bonus disc of the "Santa Maria" video plus four audio tracks.

Released in Europe in 2001, La Revancha Del Tango’s sexy combination of chillout programming and authentic tango music became a lounge favorite and led to massive sales. Lightning struck twice when it was released two years later in the States--the domestic debut attracted the attention of electronic music hipsters, tango freaks, and world music geeks. And rightfully so. The Gotan trio of Philippe Cohen Solal, Christoph H. Müller, and Eduardo Makaroff write the album's strongest material themselves, but their imaginative incorporation of Frank Zappa's "Chunga's Revenge," Gato Barbieri's theme from the movie Last Tango In Paris and, not surprisingly, Astor Piazzolla's "Vuelvo Al Sur" into the Gotan world shows just how broad and inclusive their tastes really are. Naysayers may complain that this album can be heard in every hip restaurant and clothing boutique from Paris to Los Angeles, but sometimes the cream does rise to the top and gain mass acceptance, as it has here. Also includes a bonus disc of four remixes. --Tad Hendrickson