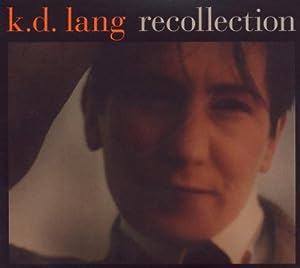 $13.45
As of 2021-12-06 09:14:32 UTC (more info)
Not Available - stock arriving soon
Buy Now from Amazon
Product prices and availability are accurate as of 2021-12-06 09:14:32 UTC and are subject to change. Any price and availability information displayed on http://www.amazon.com/ at the time of purchase will apply to the purchase of this product.
See All Product Reviews

k.d. lang is a once-in-a-generation artist who has consistently displayed an extraordinary interpretative range as well as remarkable vocal prowess. It's no wonder she has, over the course of more than two decades, attracted such collaborators as Roy Orbison and Tony Bennett, along with admirers like Philip Glass and Madonna. As lang has matured, she continues to surprise and impress. With the 2008 release of her self-penned, self-produced Nonesuch disc Watershed, Rolling Stone declared, "k.d. lang does what the gifted and the lucky always should: improve as time passes." The Times of London agreed: "It's a quirk of the music industry that one of the sexiest, most sensual voices in all of pop music comes not from some raven-tressed siren in a glitter-dress but a middle-aged woman with a utility haircut and a penchant for male tailoring." lang herself called the album "a culmination of everything I've done -- there's a little bit of jazz, a little country, a little of the Ingénue sound, a little Brazilian touch."

This two-disc retrospective -- which includes favorites like "Constant Craving" and "Smoke Rings," as well as ten tracks that never appeared on k.d. lang albums; and interpretations of classic songs like Leonard Cohen's "Hallelujah" and The Hollies "The Air That I Breathe" -- illustrates how lang got to this significant point in her career, 25 years after the independent release of her debut, A Truly Western Experience. As lang moved from the subversively whimsical cow-punk sound of her early career in Western Canada to a broader pop palette, she has shown an ever-increasing sophistication, both as songwriter and interpreter. Dramatic, country-meets-lounge opener "Trail of Broken Hearts," from her 1989 Grammy Award-winning Absolute Torch and Twang album, encapsulates where she came from and where she was heading. The luxurious adult pop of "Constant Craving," from the platinum-selling 1992 Ingenue, garnered her a Best Pop Vocal Performance, Female Grammy and remains her best known and most successful single. The effervescent "Miss Chatelaine," also from Ingenue, remains a concert favorite and "I Dream of Spring," is a particularly lush example of what she so artfully created for the acclaimed Watershed.

Her bravura rendition of "Crying," originally cut with Orbison for the soundtrack to the movie Hiding Out, has become a showstopper in her live performances, perhaps rivaled only be her beautifully restrained version of Leonard Cohen's "Hallelujah." This soaring signature tune appears here as both a new recording, and in its original studio version. On her 2004 Nonesuch debut, Hymns of the 49th Parallel, she explored the work of her fellow Canadian songwriters, including Neil Young ("Helpless") and the woefully underrated Jane Siberry (the sublime "The Valley"). Regardless of its source, her choice of cover material has always been inspired, as evidenced by her take on the Hollies' "The Air That I Breathe," Joni Mitchell's "Help Me," the Beatles' Golden Slumbers," and Chris Isaak's "Western Stars," produced by Nashville legend Owen Bradley, Patsy Cline's mentor, for Shadowlands. lang is equally adept with such standards as Cole Porter's "Love For Sale" and "So In Love," and the jazz classic Moonglow" (performed here with Tony Bennett), and that has endeared her to a multi-generational audience.

This two-disc set Recollection tells the story of this singular

A Star Is Born (Original Soundtrack)

only $2.65
Not Available
View Add to Cart

That Would Be Me

The Very Best of Diana Krall