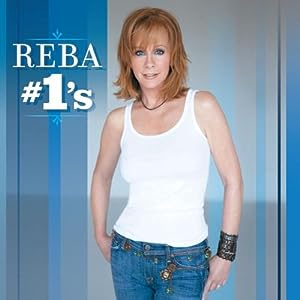 $4.40
As of 2021-10-25 03:30:40 UTC (more info)
Not Available - stock arriving soon
Buy Now from Amazon
Product prices and availability are accurate as of 2021-10-25 03:30:40 UTC and are subject to change. Any price and availability information displayed on http://www.amazon.com/ at the time of purchase will apply to the purchase of this product.
See All Product Reviews

Superstar Reba McEntire releases a 2-CD set of her 33 #1 hits plus 2 brand new songs, the current single 'You're Gonna Be' and 'Love Needs A Holiday'. This collection is Reba's 30th release on MCA Records Nashville and is a testament to why this multi-talented artist's career has spanned over 3 decades. The release of REBA #1s will be supported with appearances by Reba as well as coverage in key press outlets. 2005.

Two things hit you while listening to this two-disc, 35-song collection. First: Reba McEntire, one of country's most twangy, yet recognizable and singular voices, has consistently chosen material that captures life's dramatic moments of consequence, whether it's the decision to leave a romantic coupling, face up to a failed relationship with a parent, or handle the passing of a loved one. And second: in the course of her 23-year career, several of her 33 #1 hits slipped up to the top of the charts virtually unnoticed, and seem hardly memorable today (e.g., "I Know How He Feels"). Yet the best of her work ("Whoever's in New England," "Rumor Has It") remains as emotionally resonant today as when it first appeared. Not only a fine singer, however, McEntire picked up the mantle of woman-to-woman songs first carried by Loretta Lynn and Tammy Wynette. Long before Martina McBride began singing songs of social relevance, McEntire had been encouraging and empowering women to change their lives--to look beyond their roles as dutiful wives and mothers ("Is There Life Out There")--if perhaps more subtly than McBride. Reba #1's contains two new tunes: "You're Gonna Be," a mother's loving lessons for her child; and "Love Needs a Holiday," which recounts a married couple's much-needed motel getaway. The latter sounds like it could be the theme song to a spin-off of McEntire's TV sitcom, but the former, much like her most-loved songs, comes packed with wisdom for anyone attempting to navigate the unsettling storms of life. --Alanna Nash

Kingdom In My Mind