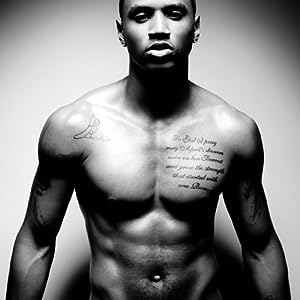 $6.85
Not Available - stock arriving soon
Buy Now from Amazon
Product prices and availability are accurate as of and are subject to change. Any price and availability information displayed on at the time of purchase will apply to the purchase of this product.
See All Product Reviews

Since making his recording debut in 2005, Trey Songz has patiently and artfully crafted some of the most acclaimed and compelling R&B music of the decade. His first two Songbook Entertainment/Atlantic albums, "I GOTTA MAKE IT" (2005) and "TREY DAY" (2007), yielded a trio of top ten singles, "Girl Tonight," "Last Time," and "Can't Help But Wait." And when the latter song garnered Trey a coveted Grammy nomination for Best Male R&B Vocal Performance, it marked the validation of the faith shown in Trey by the late Atlantic Records founder Ahmet Ertegun, who hailed him as one of "the most promising R&B artists we have had since we started the company 60 years ago." Now, with the 2009 release of "READY," Trey Songz is more than ready to claim his place in the pantheon of R&B greats.

From the street single, "Brand New," to his self-described male version of Mary J. Blige's "Be Without You" in "One Love," the Virginian draws on a range of influences to craft an album that will thrill his longtime fans and happily surprise all newcomers to the Trey Songz story. Indeed, with its blend of hip-hop, R&B, and pop - exemplified by tracks like "Black Roses," where Trey croons over a distorted guitar - "READY" demonstrates his growth on every front. The third time around, Trey displays a new vocal maturity combined with his renowned ability to twist notes and keys effortlessly, while presenting an increasing breadth of subject matter.

"With every move you make you have something to prove," says Trey. "There's always room for improvement. I'm growing, as a person, as an artist, and as a man. My clothes fit differently, my braids are missing... I'm changing as a person and the music is the better for it."

Deftly balancing and separating his roles as artist, businessman, and philanthropist, Trey has delivered his best work to date with "READY." "I've always been the underdog of my class," says Trey. "But this time nothing can stop me from achieving all that I want."

only $4.42
Not Available
View Add to Cart