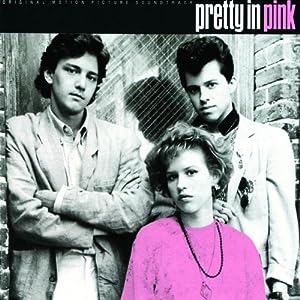 $5.89
As of 2022-06-19 07:28:23 UTC (more info)
Not Available - stock arriving soon
Buy Now from Amazon
Product prices and availability are accurate as of 2022-06-19 07:28:23 UTC and are subject to change. Any price and availability information displayed on http://www.amazon.com/ at the time of purchase will apply to the purchase of this product.
See All Product Reviews

Few filmmakers managed to capture the awkward coming-of-age catastrophes of '80s teens the way John Hughes did, just as few soundtracks encapsulate the sound of an era better than this one does. It's not the best 1986 had to offer, but it's a cohesive whole, transporting the listener to that other time, imagined or otherwise. There's enough variety to ensure that it doesn't become wallpaper, and very little filler. "Left of Center" by Suzanne Vega, with Joe Jackson on piano, is tremendous and transcends generations. Psychedelic Furs frontman Richard Butler has long been bemused about Hughes not taking Molly Ringwald's character's name from the title song, which inspired the film, but everyone was paying too much attention to what Ducky was wearing to notice anyway. --Scott Wilson

only $9.87
Not Available
View Add to Cart