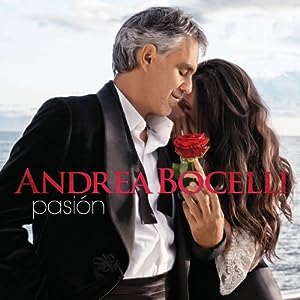 $9.99
As of 2021-04-16 01:51:25 UTC (more info)
Not Available - stock arriving soon
Buy Now from Amazon
Product prices and availability are accurate as of 2021-04-16 01:51:25 UTC and are subject to change. Any price and availability information displayed on http://www.amazon.com/ at the time of purchase will apply to the purchase of this product.
See All Product Reviews

The international superstar Andrea Bocelli has become one of the most successful classical solo artists ever and one of the best-selling artists in music history, achieving more than 80 million albums sold worldwide. He has performed for four US Presidents, two Popes, and the British Royal Family, as well as at ceremonies such as the Olympic Games and the World Cup. He has collaborated with important luminaries such as Luciano Pavarotti, Frenco Corelli, Zubin Mehta, Jose Carreras, Lorin Maazel, Renee Fleming and Celine Dion, who once introduced him by saying: I heard someone say that if God had a singing voice, he would sound a lot like Andrea Bocelli.

But is Bocelli's pre-fame times that has inspired his new album Pasion . It s a collection of cherished memories, of fluttering emotions, of sleepless nights that ended at dawn, of voices and hands, of endless talking and making little sence, he says

NOTE:This is the Spanish version of the album.However, the "Malafemmena" is in Italian and "Love Me Tender" is in English.