Paramore by Fueled By Ramen 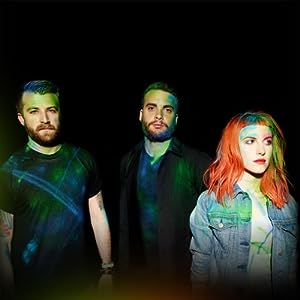 Paramore by Fueled By Ramen

$5.13
As of 2023-02-04 13:00:03 UTC (more info)
Not Available - stock arriving soon
Buy Now from Amazon
Product prices and availability are accurate as of 2023-02-04 13:00:03 UTC and are subject to change. Any price and availability information displayed on http://www.amazon.com/ at the time of purchase will apply to the purchase of this product.
See All Product Reviews

Description of Paramore by Fueled By Ramen

We are happy to offer the brilliant Paramore.

With so many on offer today, it is great to have a brand you can trust. The Paramore is certainly that and will be a excellent acquisition.

For this reduced price, the Paramore comes widely recommended and is a popular choice for many people. Fueled By Ramen have added some nice touches and this means good value.

When Hayley Williams began writing lyrics for the songs that appear on Paramore's self-titled new album, she found herself feeling more optimistic than ever before about the future of the band she has fronted since she was 15. "I had this kind of Tony-in-West-Side-Story-moment when he sings about how something is coming. He doesn't know what it is, but it's going to be great," she says with a laugh. "A lot of the new songs came out of that. They're about needing to find whatever's next."

Lead-off single "Now" - with lyrics like "if there's a future, we want it now" - sets the urgent tone of Paramore, the Nashville, Tennessee-bred band's fourth album. Given the choice of packing it in or reinventing themselves as a trio, Williams, guitarist Taylor York, and bassist Jeremy Davis chose the latter and made a positive, uplifting album that reflects who they are in the present. "I'm really proud of the fact that this is not an angry Paramore album," Williams says. Adds Davis: "It's a lot happier and brighter album than people might expect given what's happened. We've wanted to write songs like this for so long, but weren't there emotionally. Now we are."

The band members holed up to write over the past year and a half and emerged with a collection of songs that retains Paramore's youthful spirit, but clearly shows their evolution. It's the most musically adventurous set they've released to date. Which isn't to say the album won't thrill longtime fans. Still present is a ferocious, churning energy (a hallmark of Paramore's sound) on "Now," "Fast In My Car," "Proof," "Anklebiters," and "Be Alone." But the album should also earn Paramore new listeners, thanks to the trio's willingness to explore uncharted sonic territory, like the funky, high-stepping "Ain't It Fun" (featuring soulful vocals from Williams, slap-bass from Davis, and the soaring sound of a gospel choir), the doo wop-inflected "(One of Those) Crazy Girls," and the lilting, string-filled "Hate To See Your Heart Break." "People obviously give Hayley credit for being an amazing singer, but I don't think they really understand how versatile she is and how much her voice can do," York says. "You really hear different sides of her on this album."

Is The Is Are