Out of Exile from Interscope Records 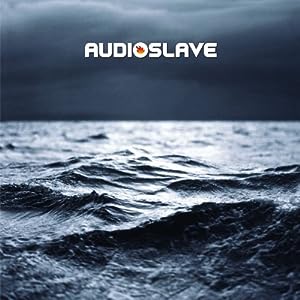 Out of Exile from Interscope Records

$5.00
As of 2023-01-29 03:03:58 UTC (more info)
Not Available - stock arriving soon
Buy Now from Amazon
Product prices and availability are accurate as of 2023-01-29 03:03:58 UTC and are subject to change. Any price and availability information displayed on http://www.amazon.com/ at the time of purchase will apply to the purchase of this product.
See All Product Reviews

Description of Out of Exile by Interscope Records

We are proud to stock the brilliant Out of Exile.

With so many on offer right now, it is great to have a make you can trust. The Out of Exile is certainly that and will be a great acquisition.

For this great price, the Out of Exile comes widely respected and is always a popular choice for most people. Interscope Records have provided some nice touches and this means good value.

The follow-up to Audioslave's self-titled 2002 debut features the single "Be Yourself. Recorded with producer Rick Rubin, who also helmed their debut CD. Among the other songs slated for inclusion are: "Doesn't Remind Me", "Out of Exile", "The Curse", "#1 Zero" and "Your Time Has Come". Interscope. 2005.

In what was widely predicted to be a short-lived supergroup/side-project, Audioslave has instead gratifyingly yielded a bonafide band. The follow-up to their promising, if not quite artistically congealed '02 debut finds singer/songwriter Chris Cornell contributing a slate of songs that would have done his former Soundgarden proud, while guitarist Tom Morello and his former Rage Against the Machine bandmates cast them in a focused rhythmic groove that suggests that the old school can still yield a timely lesson or two. Cornell's best songs may still lurk in the shadows (the funeral hypno-blues of "Heaven's Dead," the martial metal of antiwar opener "Your Time Has Come," "The Worm" as anthem for self-loathing), yet they're now brightened with such surprisingly sunny fare as "Dandelion," "Doesn't Remind Me"'s charged, existentialist daydream and even a hook-rich, dangerously optimistic back-to-the-future power ballad in "Be Yourself." Morello's work on the title track and elsewhere is a study in taste and less-is-more efficiency, a telling hint of how forcefully these iconic '90s stars have sublimated their egos as their new music has blossomed; who said there are no second acts in American (rock) lives? --Jerry McCulley

AUDIOSLAVE OUT OF EXILE

Once from Roadrunner Records