O Brother, Where Art Thou? by Mercury / Lost Highway 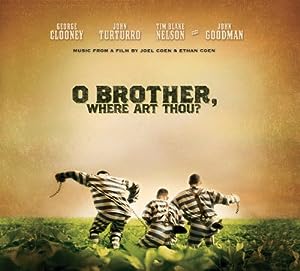 O Brother, Where Art Thou? by Mercury / Lost Highway

$5.05
As of 2023-02-04 11:15:53 UTC (more info)
Not Available - stock arriving soon
Buy Now from Amazon
Product prices and availability are accurate as of 2023-02-04 11:15:53 UTC and are subject to change. Any price and availability information displayed on http://www.amazon.com/ at the time of purchase will apply to the purchase of this product.
See All Product Reviews

Description of O Brother, Where Art Thou? from Mercury / Lost Highway

We are proud to offer the fantastic O Brother, Where Art Thou?.

With so many available recently, it is wise to have a brand you can trust. The O Brother, Where Art Thou? is certainly that and will be a superb acquisition.

For this great price, the O Brother, Where Art Thou? is widely respected and is a popular choice with many people. Mercury / Lost Highway have added some excellent touches and this results in good value.

Bluegrass became pop music for a while when the soundtrack to this 2000 Coen Brothers film became one of the 10 top-selling soundtracks ever. Here's the complete T-Bone Burnett-produced soundtrack plus a CD with 14 more tracks, 12 of which are unissued re

The best soundtracks are like movies for the ears, and O Brother, Where Art Thou? joins the likes of Saturday Night Fever and The Harder They Come as cinematic pinnacles of song. The music from the Coen brothers' Depression-era film taps into the source from which the purest strains of country, blues, bluegrass, folk, and gospel music flow. Producer T Bone Burnett enlists the voices of Alison Krauss, Gillian Welch, Emmylou Harris, Ralph Stanley, and kindred spirits for performances of traditional material, in arrangements that are either a cappella or feature bare-bones accompaniment. Highlights range from the aching purity of Krauss's "Down to the River to Pray" to the plainspoken faith of the Whites' "Keep on the Sunny Side" to Stanley's chillingly plaintive "O Death." The album's spiritual centerpiece finds Krauss, Welch, and Harris harmonizing on "Didn't Leave Nobody but the Baby," a gospel lullaby that sounds like a chorus of Appalachian angels. --Don McLeese