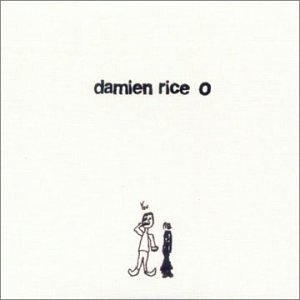 $8.99
As of 2022-01-24 01:34:32 UTC (more info)
Not Available - stock arriving soon
Buy Now from Amazon
Product prices and availability are accurate as of 2022-01-24 01:34:32 UTC and are subject to change. Any price and availability information displayed on http://www.amazon.com/ at the time of purchase will apply to the purchase of this product.
See All Product Reviews

Irish troubadour Damien Rice doesn't so much reinvent the folk genre on this lush, impossibly mature debut album as push its boundaries in several compelling musical directions at once--all the more remarkable considering the album was largely self-produced and home-recorded. His songs revolve around familiar, bittersweet concerns of life, love, and their attendant frustrations, but delivered with conspiratorial intimacy on melodic wings (like on the graceful "Cannonball") that Rice seems almost embarrassed to share. If there's anything like a template here, it's "The Blower's Daughter," the song that first attracted the interest/stewardship of film composer David Arnold (whose guest production provides "Amie" with expansive cinematic elegance) and became a massive Irish hit. His plaintive vocal, embroidered by the mournful solo cello of Vyvienne Long, is suddenly brightened by an instrumental flourish and Lisa Hannigan's vocals--before just as quickly wafting on the breeze. With touches that range from "Day in the Life"-styled string collages to the dizzy, exhilarating neo-operatic excesses of the 16-minute "Eskimo," Rice's musical palate here is as adventurous as his songs are grounded in emotional intimacy. --Jerry McCulley

All the Things That I Did and All the Th...

Years in the Making