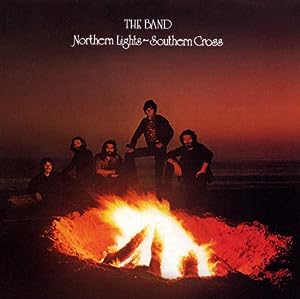 $8.78
As of 2023-02-05 02:17:10 UTC (more info)
Not Available - stock arriving soon
Buy Now from Amazon
Product prices and availability are accurate as of 2023-02-05 02:17:10 UTC and are subject to change. Any price and availability information displayed on http://www.amazon.com/ at the time of purchase will apply to the purchase of this product.
See All Product Reviews

Hailed upon its arrival as a significant comeback for the Band, this 1975 collection hasn't aged as well as the likes of Stage Fright, Moondog Matinee, or even the outfit's post-Robbie Robertson output. The eight-song collection (augmented on the 2001 reissue with two agreeable extras--alternate versions of "Twilight" and "Christmas Must Be Tonight") isn't without its delights, foremost being Rick Danko's heavy-hearted reading of the devastating "It Makes No Difference." But for every "Forbidden Fruit" and "Ophelia"--worthy additions to Robertson's credits--there are the somewhat forced likes of "Jupiter Hollow" and "Rags and Bones." Also, Garth Hudson stocked up on the latest technology before heading into the studio, but the layers ARPs and mini-Moogs here contribute to a feeling of busyness. Northern Lights--Southern Cross is very much a '70s album--not a good thing from a quintet whose best music was tough to peg to any era. --Steven Stolder

In the Wake of Poseidon: 30th Anniversar...

only $9.35
Not Available
View Add to Cart

Throw Down Your Heart, Tales from the Ac...