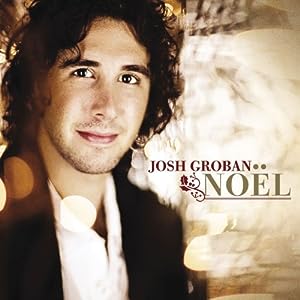 $2.99
As of 2023-01-22 07:32:41 UTC (more info)
Not Available - stock arriving soon
Buy Now from Amazon
Product prices and availability are accurate as of 2023-01-22 07:32:41 UTC and are subject to change. Any price and availability information displayed on http://www.amazon.com/ at the time of purchase will apply to the purchase of this product.
See All Product Reviews

Description of Noel from WEA/Reprise

We are happy to present the brilliant Noel.

With so many on offer recently, it is good to have a brand you can recognise. The Noel is certainly that and will be a excellent purchase.

For this price, the Noel is widely recommended and is always a regular choice for many people. WEA/Reprise have included some nice touches and this results in good value.

Bringing Josh Groban’s majestic yet intimate voice to Christmas music is truly a gift this holiday season. The young Adult Contemporary star’s fourth studio album brings together the traditional such as Silent Night with the contemporary such as I’ll Be Home For Christmas and the new, Thankful. Featuring duets with Country’s Faith Hill and R&B’s Brian McKnight, and inspirational music’s master choir, the Mormon Tabernacle Choir and produced by the illustrious David Foster the album’s wide appeal promises that a timeless Christmas music classic will be beneath the tree this year.

The Grammy-nominated, twenty-something, pop-classical phenomenon's fourth studio album is an expertly accomplished entry to the holiday marketplace. Noël tackles the familiar sounds of holiday music with a charmingly eclectic array of guest vocalists and a wide range of material. The songs range from the sacred to the secular, while Groban--buoyed in spots by none other than the London Symphony Orchestra--soars in his duets with Brian McKnight, Faith Hill, and the Mormon Tabernacle Choir. There's even a song with a gospel choir directed by Kirk Franklin. Produced yet again by crossover maestro David Foster, the arrangements never overwhelm the songs. Groban's smooth and supple vocals can be hard to categorize--seeing how his range is somewhere in-between a high baritone and a low tenor--but he always finds and emphasizes the emotional core of these songs. And whether they have origins in pop or classical music seems not to matter. The addition of messages from troops stationed in Iraq on top of "I'll Be Home for Christmas" is undeniably heart-wrenching, while the album's highlight is its most spare song, "It Came Upon a Midnight Clear," which finds Groban alone at his piano, sounding very much like some kind of angel. --Mike McGonigal

only $7.16
Not Available
View Add to Cart