No Sound Without Silence 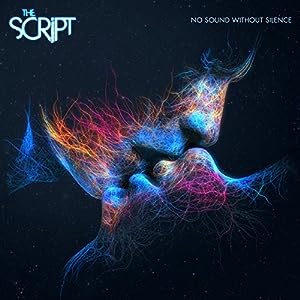 No Sound Without Silence

$3.92
As of 2022-09-24 19:16:28 UTC (more info)
Not Available - stock arriving soon
Buy Now from Amazon
Product prices and availability are accurate as of 2022-09-24 19:16:28 UTC and are subject to change. Any price and availability information displayed on http://www.amazon.com/ at the time of purchase will apply to the purchase of this product.
See All Product Reviews

Multi-platinum Dublin rockers The Script will be releasing their much anticipated 4th studio effort called No Sound Without Silence. "This album is all about trying to bottle that energy when we come off stage," says front-man, singer/songwriter Danny O Donoghue, "as well as that contemplative space between notes.The Script - Danny O'Donoghue, Mark Sheehan, and Glen Plower - released their eponymous debut album in 2008, and achieved hard-earned, worldwide success. The single "Breakeven," went to #1 on the US charts after a record-setting, near-year-long ascent, and the album went on to double-platinum sales. It was followed by Science and Faith in 2010, which debuted at #1 in the UK and Ireland. Their much-heralded #3 world tour spanned 11 months, and saw them play sold out arena shows in Europe, North America, Asia and Australia. The Script has sold more than 20 million records, with all 3 offerings achieving multi-platinum status throughout the world. The three-man group, which has been called 'Ireland's biggest band since U2."

The album's first single "Superheroes" which impacted radio during the last week of July, has an early radio audience of 4.4 million people already! Other songs on their new album include "No Good In Goodbye," "The Energy Never Dies," and "Man On A Wire," among others.

Hope in Front of Me from BMG Rights Mana...

A Decade of Destruction