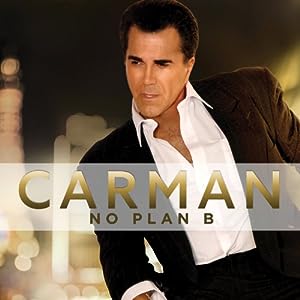 $9.99
As of 2021-12-04 06:02:40 UTC (more info)
Not Available - stock arriving soon
Buy Now from Amazon
Product prices and availability are accurate as of 2021-12-04 06:02:40 UTC and are subject to change. Any price and availability information displayed on http://www.amazon.com/ at the time of purchase will apply to the purchase of this product.
See All Product Reviews

Platinum-selling recording artist Carman is a trailblazer in Christian music. With 10 million records sold, he is often referred to as part evangelist, part entertainer. To this day, Carman still holds impressive and unparalleled records. His album 'Revival In The Land' was at #1 for 33 weeks on the Billboard CCM sales chart and he had three of the largest Christian concert tours ever - drawing more than 1.5 million fans combined to shows! As Christian music's only stadium act, Carman holds the world record for the largest crowd at a Christian concert 71,132 were in attendance at Texas Stadium! After a multi-year hiatus from the stage, in 2013 he opened up on social media about a health crisis, rekindling the Carman buzz and sparking incredible fanfare once again.

After his announcement, Carman found a renewed vision and purpose for his music ministry when the fans spoke through the unprecedented funding of a Kickstarter campaign he launched for his new CD. The campaign was wildly successful - the second most funded Kickstarter music campaign ever and set the tone for the momentum behind the release of his new CD, NO PLAN B, and major national tour, Live Across America Presents: No Plan B tour.

NO PLAN B has just what Carman's fans are looking for! Teaming up with producing partners Ted T and Tre' Corely, Carman capture his artistic essence as a master storyteller and minister on this 12-song set. The tone and stylings are at once familiar, yet stirringly ripe from a decade of experience and living. From the soon-to-be classic, 'God Made Man' and inspiring praise anthem, 'Everybody,' to a very personal glimpse into the heart of this prodigious songwriter on 'I Did My Best,' and 'Jesus Heal Me,' along with the invigorating title track and balance of the all-new collection of songs - Carman does not disappoint! NO PLAN B reflects this quintessential artist and record-breaking stage performer's knack for being inspiring, reflective and totally upbeat all in the same breath.