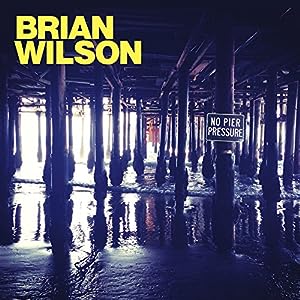 $63.85
As of 2022-11-20 17:23:56 UTC (more info)
Not Available - stock arriving soon
Buy Now from Amazon
Product prices and availability are accurate as of 2022-11-20 17:23:56 UTC and are subject to change. Any price and availability information displayed on http://www.amazon.com/ at the time of purchase will apply to the purchase of this product.
See All Product Reviews

For No Pier Pressure, his 11th solo studio album, Brian Wilson has returned to Capitol Records, his original label home with The Beach Boys. Wilson reunited with longtime collaborator Joe Thomas, and was joined at Hollywood's Ocean Way Studios by talented musicians he personally invited to record with him, including his former Beach Boys bandmates Al Jardine, David Marks and Blondie Chaplin, as well as Kacey Musgraves, fun.'s Nate Ruess, She & Him's Zooey Deschanel and M. Ward, Peter Hollens, Capital Cities' Sebu Simonian, and trumpet master Mark Isham.
The album features The Right Time, Runaway Dancer and On The Island

In Motion: The Remixes by Amy Grant Labe...

only $9.53
Not Available
View Add to Cart