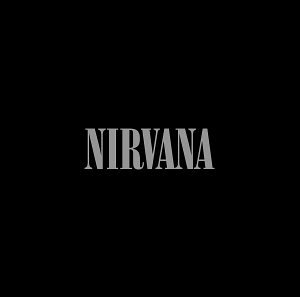 $7.39
As of 2021-09-09 16:10:59 UTC (more info)
Not Available - stock arriving soon
Buy Now from Amazon
Product prices and availability are accurate as of 2021-09-09 16:10:59 UTC and are subject to change. Any price and availability information displayed on http://www.amazon.com/ at the time of purchase will apply to the purchase of this product.
See All Product Reviews

Description of Nirvana by Interscope

We are proud to offer the fantastic Nirvana.

With so many on offer right now, it is good to have a brand you can trust. The Nirvana is certainly that and will be a superb buy.

For this price, the Nirvana comes widely respected and is always a regular choice with most people. Interscope have included some great touches and this results in great value for money.

Ten Years after Kurt Cobain's Death, the Greatest Hits of Nirvana is Finally Ready to Land! features a Great Selection of Some of Nirvana's Biggest Songs, this Special Australian Version also features the Special Bonus Track "Where Did You Sleep Last Night".

Essentially a greatest-hits collection with one previously unreleased song, "You Know You're Right," and producer Scott Litt's 1994 remix of "Pennyroyal Tea," Nirvana the album is nevertheless a welcome addition to the band's canon. Crisp, elegant liner notes by Rolling Stone writer David Fricke put us squarely in Kurt Cobain's mindset as he entered a Seattle studio in January 1994--a full two days later than expected--to record what would be his final session with Nirvana. The resulting "You Know You're Right" locates Cobain at the apogee of his disenfranchisement with tongue nevertheless planted firmly in cheek. Bawdy, raucous, and venomous, "You Know You're Right" could have been lifted from Nevermind. A mix of tracks from that album ("Smells Like Teen Spirit," "Come as You Are," "Lithium," and "In Bloom") sits opposite stuff from early EPs and the Bleach disc ("About a Girl," "Been a Son," and "Sliver"), plus two from the MTV Unplugged sessions and several more from In Utero. Not the Nirvana treasure chest we hoped for, but solid nonetheless. --Kim Hughes

Jump Back: The Best of the Rolling Stone...