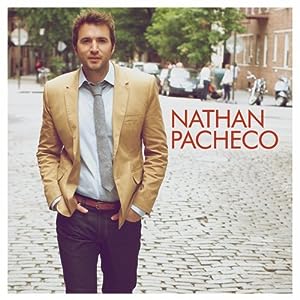 $5.50
As of 2023-01-22 15:43:35 UTC (more info)
Not Available - stock arriving soon
Buy Now from Amazon
Product prices and availability are accurate as of 2023-01-22 15:43:35 UTC and are subject to change. Any price and availability information displayed on http://www.amazon.com/ at the time of purchase will apply to the purchase of this product.
See All Product Reviews

Straddling two divergent worlds, pop and opera, Disney Pearl artist Nathan Pacheco creates a new musical world all his own. The Washington, D.C., native possesses a voice as powerful as any in opera, yet at the same time he sings with all the warmth and accessibility of the greatest pop artists.

Nathan was discovered by producer Ric Wake (Celine Dion, Mariah Carey, Whitney Houston) and was a featured performer with pianist/composer Yanni on tours of the US, Canada and Mexico. He has been featured on a number of national television broadcasts including two previous PBS television specials and the ABC/Disney Parks Christmas Parade. Last May he performed for His Royal Highness Prince Charles at the British Embassy in Washington, D.C. and for Christmas performed O Holy Night at Chicago s Magnificent Mile Lights Festival, Philadelphia s Thanksgiving Day Parade and the ABC/Disney Parks Christmas Parade with Katherine Jenkins. This spring he headlined for First Lady Michelle Obama at the 100th Anniversary of Washington s Cherryblossom Festival and joined Katie Couric, Alex Trebek and a dizzying array of celebrities as a performer at the nationally televised Cherryblossom Television Special.

He has not one but TWO upcoming PBS specials Introducing Nathan Pacheco Live In Concert premieres August 11 and Nathan Pacheco -Christmas which airs in December. He s appearing live on PBS affiliates throughout much of August and will mount his first headlining tour in November.