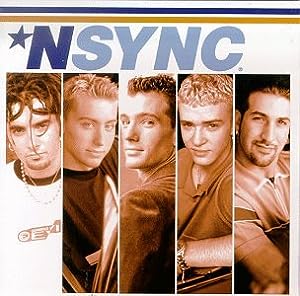 $0.78
As of 2021-11-29 02:43:29 UTC (more info)
Not Available - stock arriving soon
Buy Now from Amazon
Product prices and availability are accurate as of 2021-11-29 02:43:29 UTC and are subject to change. Any price and availability information displayed on http://www.amazon.com/ at the time of purchase will apply to the purchase of this product.
See All Product Reviews

Yes, it's another group of five young white boys making dance-influenced pop that makes the girls scream. Not only is the makeup of this group familiar, their sound is almost a clone of fellow teenybopper dreams the Backstreet Boys. It's probably not surprising, considering that they share the same manager (who had all five members of '80s preteen scream machine New Kids on the Block as the best men at his wedding, natch). The resemblance is a little too close for comfort, however, with almost every track here mirroring one on the Backstreet Boys album. From the radio hit "I Want You Back" and the sugary harmonizing on ballads like "God Must Have Spent a Little More Time on You" to the one step forward, two steps back approach to sex appeal on "Giddy Up," 'N Sync--or their producers--have crafted the perfect balance of catchy pop ditties and swoon-inducing slow jams. --Rebecca Wallwork

The Hope of Christmas