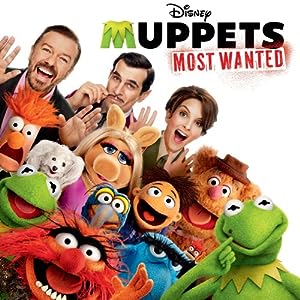 $15.00
As of 2022-12-09 12:21:52 UTC (more info)
Not Available - stock arriving soon
Buy Now from Amazon
Product prices and availability are accurate as of 2022-12-09 12:21:52 UTC and are subject to change. Any price and availability information displayed on http://www.amazon.com/ at the time of purchase will apply to the purchase of this product.
See All Product Reviews

Enjoy the official soundtrack to Disney's MUPPETS MOST WANTED which takes the entire Muppets gang on a global tour, selling out grand theaters in some of Europe's most exciting destinations, including Berlin, Madrid, Dublin and London. But mayhem follows the Muppets overseas, as they find themselves unwittingly entangled in an international crime caper headed by Constantine - the World's Number One Criminal and a dead ringer for Kermit and his dastardly sidekick Dominic, aka Number Two, portrayed by Ricky Gervais.

The film stars Tina Fey as Nadya, a feisty prison guard, and Ty Burrell as Interpol agent Jean Pierre Napoleon.
The soundtrack includes multiple songs from the major musical numbers in the movie plus new original records by Oscar Award Winner Bret Mckenzie. Also, unique to this album are demo versions and an uncovered outtake.