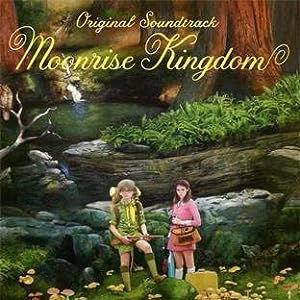 $7.01
As of 2021-07-23 08:52:38 UTC (more info)
Not Available - stock arriving soon
Buy Now from Amazon
Product prices and availability are accurate as of 2021-07-23 08:52:38 UTC and are subject to change. Any price and availability information displayed on http://www.amazon.com/ at the time of purchase will apply to the purchase of this product.
See All Product Reviews

Following the much acclaimed-animated feature FANTASTIC MR. FOX, Wes Anderson returns to live-action filmmaking with MOONRISE KINGDOM. Set amongst the widow's walks and Yankee traditions of 1965 New England, Anderson and co-screenwriter Roman Coppola create an incomparable tale of romance between rogue Khaki Scout Sam and the beautiful and troubled Suzy.

As in all of Anderson's previous films, music is an essential element and once again it is used to masterful effect. MOONRISE KINGDOM includes an original suite by renowned film composer Alexandre Desplat as well as percussion compositions by longtime Anderson collaborator and Devo co-founder Mark Mothersbaugh. This soundtrack promises to be one of this year's most interesting and compelling releases.