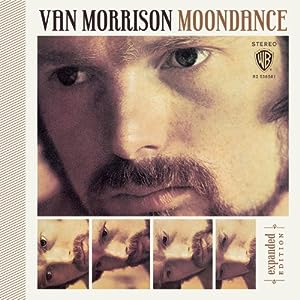 $10.43
As of 2021-10-14 16:37:30 UTC (more info)
Not Available - stock arriving soon
Buy Now from Amazon
Product prices and availability are accurate as of 2021-10-14 16:37:30 UTC and are subject to change. Any price and availability information displayed on http://www.amazon.com/ at the time of purchase will apply to the purchase of this product.
See All Product Reviews

In the fall of 1969, Van Morrison entered the studio to record Moondance,the album that would soon become his commercial breakthrough and one of the most beloved recordings of all time. Fans will soon have the rare opportunity to experience this classic album like never before with the newly remastered and expanded version featuring 50 unreleased tracks including studio outtakes of favorites, plus multiple takes and a final mix of the unheard track "I Shall Sing." Three different physical versions of Moondance are available. Digital versions are also available.

The Expanded Edition includes a newly remastered version of the original album 11 previously unreleased tracks (highlights from the Deluxe Edition).

One of the most significant revelations is "I Shall Sing," a Morrison original that was completed but left off the album. There are multiple takes of the song (spread across six tracks), plus a final mix of the finished song. While no one has heard Morrison's version, Art Garfunkel had a Top 40 hit with the song, which appeared on his 1973 solo debut.