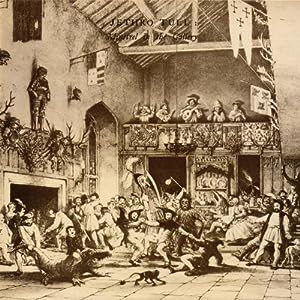 $299.99
As of 2021-07-26 17:12:23 UTC (more info)
Not Available - stock arriving soon
Buy Now from Amazon
Product prices and availability are accurate as of 2021-07-26 17:12:23 UTC and are subject to change. Any price and availability information displayed on http://www.amazon.com/ at the time of purchase will apply to the purchase of this product.
See All Product Reviews

Highlights from the set include:
- Original album and seven bonus tracks (six previously unreleased), two mixed to 5.1 surround, and all to stereo by Steven Wilson
- Flat transfers of the original LP mix at 96/24 (plus "Summerday Sands")
- Flat transfer of the original quad mix of the LP (plus "Summerday Sands")
- An eight-minute film of the band performing "Minstrel In The Gallery" in Paris from July 1975
- Presented in a case-bound DVD book that includes an 80-page booklet featuring an extensive history of the album, track-by-track annotations by Ian Anderson, recollections by roadie Kenny Wylie, Maison Rouge maintenance engineer Pete Smith, and string section member Liz Edwards, plus lyrics, tour itinerary, and rare and unseen photographs

only $5.30
Not Available
View Add to Cart