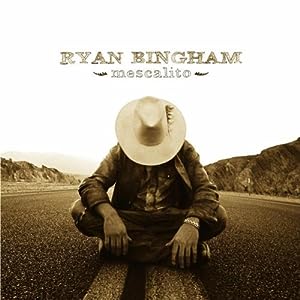 $6.57
As of 2022-01-11 12:08:15 UTC (more info)
Not Available - stock arriving soon
Buy Now from Amazon
Product prices and availability are accurate as of 2022-01-11 12:08:15 UTC and are subject to change. Any price and availability information displayed on http://www.amazon.com/ at the time of purchase will apply to the purchase of this product.
See All Product Reviews

Ryan Bingham knows a thing or two about pain. He learned the emotional aspect early in life, when shuttling between small towns and family members in the hardscrabble ranching communities of West Texas and New Mexico -- and became wellacquainted with the physical facets during his years on the Southwestern rodeo circuit.That ache is palpable in the grooves of Mescalito, Bingham's Lost Highway debut, but what's even more plain is the steely strength needed to overcome it -- a tenor that's evident in both the singer-songwriter's preternaturally wizened voice and his remarkably poignant songs, which resonate with roadhouse wisdom and rough-and-ready border-town piquancy.

A vagabond spirit permeates these tales of truck stops, tip jars, boxcars, and love left behind, with a slide guitar punctuating arrangements that range from acoustic folk to classic rock (amid hints of the Rolling Stones, Neil Young's Crazy Horse, and a young Tom Waits). Yet ultimately, the impressive debut by this Southwestern, raspy-voiced troubadour is more than the sum of its songs, as the sequencing almost amounts to a narrative of life on the road, with the world-weary, end-of-the-line "Long Way from Georgia" and "Ever Wonder Why," leading to the renewal of "Sunrise." Former Black Crowes guitarist Marc Ford produced and provides multi-instrumental support, with Texas honky-tonk legend Terry Allen offering guest vocals and piano on "Ghost of Travelin' Jones." --Don McLeese