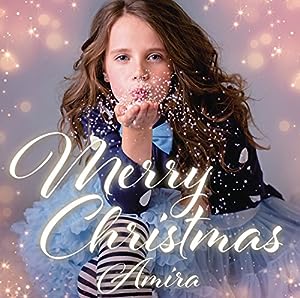 $15.26
As of 2021-06-09 08:41:00 UTC (more info)
Not Available - stock arriving soon
Buy Now from Amazon
Product prices and availability are accurate as of 2021-06-09 08:41:00 UTC and are subject to change. Any price and availability information displayed on http://www.amazon.com/ at the time of purchase will apply to the purchase of this product.
See All Product Reviews

The now eleven year old Amira became a worldwide sensation when her Holland s Got Talent audition video went viral in 2013. At the tender age of 9 the little girl stunned people from her home country, Holland, to the USA with her performance of the opera aria O mio Babbino Caro, and won with an enormous lead. Her self-titled debut album, released only a couple of months after the finals, went Gold in Holland in a week and made Amira the youngest artist with a number 1 album in the Dutch popcharts. The album was released internationally and Amira traveled the world performing in the U.S. in Las Vegas, the U.K. at Royal Albert Hall, Switzerland (Unicef Gala hosted by Roger Moore), South-Africa (together with Paul Potts) and Hong Kong, as well as tv performances in France, Argentina and Germany. One of the highlights for Amira was performing with the famous violinist André Rieu at his Maastricht concerts, broadcasted in cinemas and on TV worldwide.

This October Amira will release her second album, Merry Christmas. The album features famous sacred arias and classical Christmas songs in which her angelic soprano voice will shine and touch the hearts of the listeners of all ages. The songs include Pie Jesu (Fauré), Ave Maria (Caccini), Panis Angelicus (Franck), O Holy Night, Silent Night, Angels in the Realms of Glory and more.