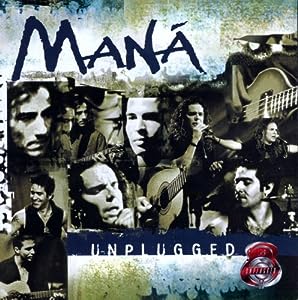 $7.54
As of 2022-11-19 09:49:03 UTC (more info)
Not Available - stock arriving soon
Buy Now from Amazon
Product prices and availability are accurate as of 2022-11-19 09:49:03 UTC and are subject to change. Any price and availability information displayed on http://www.amazon.com/ at the time of purchase will apply to the purchase of this product.
See All Product Reviews

The grammy award winning group, Mana, continues to be one of the top selling acts in the US and Latin America. The group's record breaking sales, sold-out tours and multiple awards have positioned Mana as one of the top success stories of the decade. Now Mana releases Mana MTV Unplugged. Recorded in Miami, FL, this live acoustical performance includes a total of fourteen tracks: Eleven Mana favorites plus three songs from Juan Gabriel, Ruben Blades, and one of the most famous rancheros of all time, Jose Alfredo Jiminez. In additon to releasing one of the most awaited records of the year, Mana will also be co-headlining one of the biggest summer tours: Mana & Santana In Concert. Watch for the first radio single to hit the airwaves on May 25th, Juan Gabriel's "Se Me Olvido Otra Vez".

Maná may be at the forefront of the ever-burgeoning Rock en Español movement, but the Mexican band employs a variety of styles to perfect its pleasing pop sound. Nowhere is that more evident than on MTV Unplugged, the quartet's shimmering live collection of some of its biggest hits. Airy balladry, simmering tropical grooves, and '80s-inspired choruses all figure in the mix, making for an effortless and intimate evening of music. The live setting punches up Maná's arrangements on tracks such as "No Ha Parado de Llover," "Ana," and "Vivir Sin Aire." The confident vocal swagger and pleading delivery of lead singer Fher, particularly on "Perdido en un Barco" and "Oye Mi Amor," brings to mind icons such as Sting and U2's Bono. Fher is a rock superstar waiting to be embraced by the world. --Joey Guerra