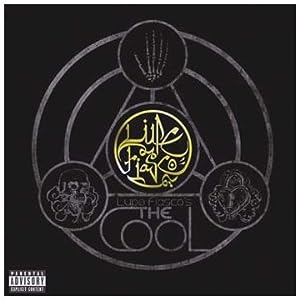 $3.51
As of 2022-11-19 13:01:58 UTC (more info)
Not Available - stock arriving soon
Buy Now from Amazon
Product prices and availability are accurate as of 2022-11-19 13:01:58 UTC and are subject to change. Any price and availability information displayed on http://www.amazon.com/ at the time of purchase will apply to the purchase of this product.
See All Product Reviews

2007 sophomore album from the Muslim rapper. Born Wasalu Muhammad Jaco, Lupe Fiasco is a rarity in today's record industry - an artist more concerned with creating timeless, not timely, music. Admirably maintaining his integrity, Fiasco is now taking his substance-over- style approach to new, conceptual levels on Lupe Fiasco's The Cool kicking off which features 'Superstar' and the internet and viral monster 'Dumb It Down'.

The name of Lupe Fiasco's sophomore set sounds like a Kanye-ism, and that's fitting: The Cool spills over with Mr. West-style urgency, and it's just about as smart as anything Fiasco's more flamboyant mentor has issued. It could even land Lupe a little too close to the top of the hip-hop heap for Kanye's comfort. The Cool is cool not only for its sober, clear-headed vibe -- Fiasco ponders everything from the apocalypse to poverty to the weight of worldly possessions in these songs, some of them produced with a level of sensitivity uncommon among studio tracks by Soundtrakk -- but also for its potential. Songs like "Dumb It Down," about the music industry's insistence on the same old sorry themes, burn with relatability and realness. But others go deeper. "Little Weapon," produced by Fall Out Boy's Patrick Stump, and "Intruder Alert" shape-shift customary hip-hop dialogue to let the issues of the day come sharply into focus. They make you think. Overall, The Cool is fevered, fierce, and at times furious, but so is Lupe Fiasco, and the album easily earns its spot as one of the top 10 CDs of 2007. --Tammy La Gorce

only $8.21
Not Available
View Add to Cart