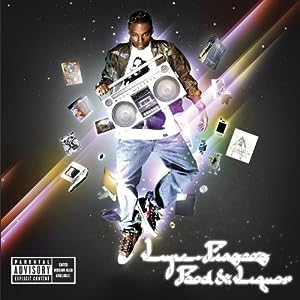 $6.00
As of 2021-04-12 20:59:08 UTC (more info)
Not Available - stock arriving soon
Buy Now from Amazon
Product prices and availability are accurate as of 2021-04-12 20:59:08 UTC and are subject to change. Any price and availability information displayed on http://www.amazon.com/ at the time of purchase will apply to the purchase of this product.
See All Product Reviews

Let's see...a rap artist is hyped insufferably, his music is leaked incessantly, his album is delayed indefinitely, the hype grows, rinse, repeat. Welcome to the world of pop music in 2006, when "unauthorized" Internet seepage can somehow manage to simultaneously make and break an aspiring young performer. Lupe Fiasco's unfinished debut CD was slathered all over the Web for months, like some sort of Lonelygirl15, before finally seeing the legitimate light of day. That said, the Chicago-bred rapper, who rose to prominence thanks to his "Touch the Sky" collab with Kanye West, is hardly a slouch. His skittering, low-key rapping style is truly distinctive, and his lyrics are mostly thoughtful and creative without being heavy-handed. Despite frequent comparisons to "thinking man's rappers" from Tribe and De La Soul to Nas, the most apt comparison might be to Kanye West himself: Like West, Fiasco rises above the trappings of the street without sounding condescending or out of touch, and his sound has the same "timeless" quality--partly old-school, partly of the moment. Yet somehow, Food & Liquor isn't quite a home run either; it lacks fire and it cries out for an infectious track or two that really sticks. Still, Lupe distinguishes himself as an artist to watch. --Marc Greilsamer

The Notorious BIG: Ready to Die: The Rem...