Love Will Have the Final Word 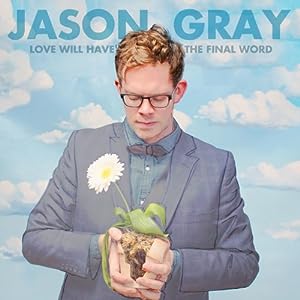 Love Will Have the Final Word

$22.95
As of 2022-11-19 23:07:53 UTC (more info)
Not Available - stock arriving soon
Buy Now from Amazon
Product prices and availability are accurate as of 2022-11-19 23:07:53 UTC and are subject to change. Any price and availability information displayed on http://www.amazon.com/ at the time of purchase will apply to the purchase of this product.
See All Product Reviews

The title of Jason Gray's newest Centricity Music release, LOVE WILL HAVE THE FINAL WORD, speaks of decisiveness and closure. It's a statement of confidence and determination. And it's true: we live in the assurance that through all of our ups and downs, the ultimate victory has been won for us, and Love has spoken.

It's those ups and downs, though, that are the tricky part, and this this soul-stirring collection of music speaks directly and powerfully to our present reality. This is an album that bravely avoids trite and simple platitudes thrown at our very real and complex circumstances. It's an album that recognizes our loneliest of lows and our most hopeful highs. It's an album that knows when to show empathy, when to give advice, and when to just come alongside and grieve.

Jason Gray has emerged as a songwriter of extraordinary depth, with a noteworthy ability to convey deep theological truths in engaging three-and-a-half minute songs. The Minnesota native is steadily drawing legions of fans who recognize his ability to connect with listeners on an emotional level, offering not escape or distraction, but healing and hope. His 2012 release, A WAY TO SEE IN THE DARK, was named Album of the Year by critics and garnered three top-five radio singles, including 'Nothing is Wasted', which hit #1 for nine weeks.

A Tribute to Howard and Vestal Goodman -...