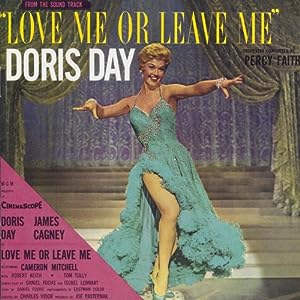 $15.01
As of 2022-06-10 17:45:29 UTC (more info)
Not Available - stock arriving soon
Buy Now from Amazon
Product prices and availability are accurate as of 2022-06-10 17:45:29 UTC and are subject to change. Any price and availability information displayed on http://www.amazon.com/ at the time of purchase will apply to the purchase of this product.
See All Product Reviews

The 1955 movie soundtrack find Doris Day playing the part of famed 1920s singer Ruth Etting. Here she puts her own spin on Ettings hits and, in turn, scored some big hits for herself. The remastered CD features the original album plus several unreleased songs and out takes.

A big hit of the early LP era, the soundtrack of this biopic of Ruth Etting spent 17 weeks at the top of Billboard's chart. Despite the frequent intrusiveness of Percy Faith's orchestral accompaniment, Day performs convincingly on ballads such as the title song, "Ten Cents a Dance," and the single "I'll Never Stop Loving You." Some impossibly hokey up-tempo material ("Sam, the Old Accordion Man") doesn't help, however. --Rickey Wright

only $2.03
Not Available
View Add to Cart